Let them who have ears, fear these words! For the diatribe of the Demonic Will is insurmountable and spans great ages. Those of all ages hear the call of their will! If the values of diabolical virtue through healthy freedom from guilt have been killed by the shame of being Human, then let us raise those values back to life!

Move your body, like a machine!1 Train your body. Exercise the demon within with rigorous physical work. Burn the candle at both ends and survive, grow, become stronger! We will flesh out the demonic bodies that have been shed: The skeletons of survivalism will be reclad anew ! This is a religion of the FLESH! Here no virgins give birth: in this religion of real life, life becomes through sex! Through carnality and love... through the materialism that defines our nature and makes our nature noble! Through love!

“If a man smite you on one cheek, SMASH him on the other!”

Promote the Church of the Subgenius! The Temple of the Vampire! Promote ridicule of dogmatic thought, promote doubt and scepticism, promote rational self interest, promote the technological age. Science and technology are necessary!

Jihad on the world! There is an eternal struggle! You must struggle against the world, in doing so you become part of the world and not a victim of it for the world is based on a struggle for survival. Social survival depends on your own self worth, so make yourself worthwhile! Train your body, like a machine! Make yourself a powerful friend and a powerful enemy of the world!

Become a Demon in body and mind. Seek and destroy stupidity and its causes like you shatter spiritual pipe dreams with a hammer, to show those reflected in its false hopes that it is but a house of glass mirroring their unease! Unease, dis ease, religion... take a hammer to these!3

If your body is weak, if you cannot run miles, move with agility or use force and strength then your mind is soon to follow into a decayed, underachieved bog of unhealthy chemicals. Even a healthy mind succumbs so! But a healthy body without a healthy mind is a mistake and a folly... a mere zombie, fit for abuse by anyone who controls the weak helm's mind!

“The biggest weakness of all is not knowing your weaknesses.”

Become a Demon in body and mind, but know your weaknesses in and kind, know the weaknesses of those around you!

A Demon cannot allow himself into a mindless stupor in front of the television. Nor does a Demon become idle or pointless... even the resting of a Demon should be formidable!

The world erupts in war and conflict. Spiritualism and modern lifestyle are weak and breakable, consumerism and commercialism have created a mass of Humankind, the untermensch have come to show themselves as the masses of sheep and the unthinking horde that lose, generation by generation, their physical fitness.

The religious neuroses, the ultimate opiate of the masses4 is a spiritual malaise that is both a cause and symptom of the mindset of the untermensch! And how much so is the television and mass media the opiate of the atheists! Many atheists too contribute to the mediocrity of the world, the counter productive laziness of the western world is a result of the complacency bred by material success! 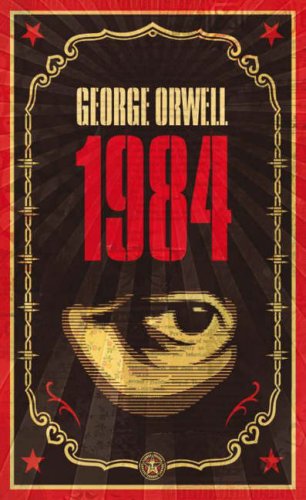 But material success at what cost? The cost has been our spirit! The fighting spirit of man has become almost Orwellian5 in the extent to which mass media and commercialism has subdued the spirit! The Human Potential movements are gaining ground and the fighting spirit still remains but how weakened it is! How lacking in striking imagery, how it fails to ravish the world... many modern pro life movements such as Humanism contain but the bare bones of strength. Where there should be an entire stone war machine reclaiming the vitality of the Human Ego instead there is but the cornerstones. The skeletal crew of the Human Spirit! When it is not fed with pretence, ritual and drama the Human Spirit does become ill, starved, ego-impoverished... like a skeleton without flesh. If decay is what causes a skeleton to be all that remains from a civilisation once as high as the Greeks, then stagnation must be the cause of decay. Stagnation of thought... the advent of complacency that comes with the Abrahamic religions telling us that God cares about us, in the particular details about each of us, creates such a false feeding of our ego that our ego becomes distorted.

We need new idols and a new banner, Humanity is not represented by the Cross of the Christians, nor the star and crescent of the Muslims! Both are blasphemies against Human Nature, one glorifies sacrifice of another for our own sins, the other signifies the absolution of our will and submission to an ideal. These ideals, like communism, are manifestations of falsehood and failure. A complacency, again! Because to think Human Nature can be subdued by religious piety or our will to power subdued by sense of community is false, this we have learnt historically! For communism has failed because it is not Human nature to be equal or to have no aspirations, and Christianity has failed because our sins are not absolved by anyone else than ourselves, and Islam has failed because we cannot submit ourselves to the will of a God that does not exist. We have learnt the hard way: Communism never transpired beyond violent military dictatorship or corruption that is just hidden commercialism as in China "the Chinese face of communism!" they call it, which amounts to hypocrisy... our monotheistic religions have failed us through ages of darkness and holy wars. We have learnt the hard way! We have learned hard lessons, and the impoverished spirit of man has used up all its strength and but the fragile remains: the bare bones of humanism.

So to strength we must look. We need a symbol of strength to inspire us towards a new recuperation. We need to take the logical positiveness of Humanism and bring it to full power against the mistakes of the past. We need a symbol that revitalizes our ego. There has never before been a religion of the ego! A religion of the flesh! O, what a healthy religion this would be! To put flesh back on to the bones of humanity! How sweetly it would smell when compared to the rank condemnations of those who consider it a sin that we are imperfect! For imperfection is no sin, it is human nature, and to reclaim the health of mankind we need a religion to put us back amongst the animals.

“It has become necessary for a NEW religion, based on man's natural instincts, to come forth. THEY have named it. It is called Satanism.”

“Satan represents man as just another animal, sometimes better, more often worse than those that walk on all-fours, who, because of his "divine spiritual and intellectual development," has become the most vicious animal of all!”

“The basics of Satanism have always existed. The only thing that is new is the formal organization of a religion based on the universal traits of man. For centuries, magnificent structures of stone, concrete, mortar, and steel have been devoted to man's abstinence. It is high time that human beings stopped fighting themselves, and devoted their time to building temples designed for man's indulgences.

Even though times have changed, and always will, man remains basically the same. For two thousand years man has done penance for something he never should have had to feel guilty about in the first place. We are tired of denying ourselves the pleasures of life which we deserve. [...] Why not have a religion based on indulgence? Certainly, it is consistent with the nature of the beast. We are no longer supplicating weaklings trembling before an unmerciful "God" who cares not whether we live or die. We are self-respecting, prideful people - we are Satanists!”