What constitutes a natural and normal mental outlook from a Satanic point of view? And a comparison of how white light ideals distort this balance.

1. The Holistic Mind in its Natural State is a Balance

Grey is the true and imperfect color of mankind. The upturned pentacle shows that this balanced picture is firmly established in reality, in the ground. It accepts the Aspects of Satan as below:

This balance of forces holds up mankind in our most natural and powerful state. From this stability we are able to reach as high as possible, and discover the truths of our existence.

Our carnal, selfish side is the force behind our altruism and worth. Some teachings or feelings can cause us to deny that this is true, causing imbalance. To pretend that only the bits of us we like are important, or to allow idealism and doctrine to mask our full animal natures, is to lose the ability to balance yourself or view yourself with honesty.

2.1. Denial of Selfishness and the Denial of Reality

Accepting that all altruism is long term selfishness and that any good motive is based on carnal, animal instinct is an essential part of our emotional honesty. Without this we are not in touch with ourselves and we become less understanding of our own motivations and desires. Without self understanding there is less control and increased stupidity: Ironically, this kind of naive stupidity itself leads to suffering and evil.

“Evil is not simply the contradiction of good that can be avoided by goodness; instead it is an aspect of good itself that we have separated from good so that the other side may continue to exist as good.”

The 'Goodguy Badge' labelled on the diagram above refers to a particular element of popular religion, where someone attempts to pretend to embody goodness, to give a "holy" appearance, or who pretends that they are doing good for its own sake and have no ulterior motivations.

2.2. Belief in Heaven, Nirvana and the Afterlife

“When the centre of gravity of life is laid, not in life, but in a beyond - in nonentity, - life is utterly robbed of its balance. The great lie of personal immortality destroys all reason, all nature in the instincts, - everything in the instincts that is beneficent, that promotes life and that is a guarantee of the future, henceforward aroused suspicion. The very meaning of life is now constructed as the effort to live in such a way that life no longer has any point.”

It is probably for the best if we abandon wishful thinking and admit that there is simply no afterlife!

Although many religions attempt to explain evil and suffering, and justify it, and even accept it as part of the make-up of human nature, they are imbalancing in their subsequence conclusions. "Evil is a disease; and worry over disease is itself an additional form of disease, which only adds to the original complaint. Even repentance and remorse, affections which come in the character of ministers of good, may be but sickly"3. By separating good and evil, and adding to it with guilt (for sin) and self-denial (for desire) in addition to the suffering that is felt in the first place, white light religion is a dangerous trap.

It is healthier that we look at good and evil not as separate things, and we look upon ourselves as complex social animals whose wants and wishes need to be balanced by intelligence, integrity and self-control. We should not add disease upon dis-ease by attributing ourselves with supernatural levels of badness! Christian's idea of constant sin, Islam's idea that we have to submit to God in order to be good at all, and Buddhism's idea of desires being a trap are all serious imbalances..

3. Accepting the Dark Force of Nature!

“There are millions of mammals on this planet. We are all on the top half of the food chain; under us are billions upon billions of subjected life forms from bacteria and mould to insects and fish. The higher up the food chain you are, the more multiples of creatures have died to provide you with sustenance. Nature is violent, amoral, uncaring, deadly and dangerous. Simple survival is not a luxury afforded to many creatures for very long.

What religion, in the name of truth and honesty, reflects the violence and desperation of the natural life? What religion upholds the symbols that nod a head to the sacrifices of brutal reality? Real life, below the surface of our noble conscious existence, is so immoral, short, pained and traumatic that not many face it. They turn away and look towards distracting figureheads of love and happiness. They deceive themselves. Real life; the life of the world, is not often represented or illuminated by religious texts or preachers. People want religion to be an escape from the truth. Satanism is not a religion for such people.”

“Aside from Satan, Christianity and Islam say that hosts of beings fell from heaven. In Islam these are Jinn - sometimes spelt "Djin", "Jinn" or even "Genies" in some popular myths. In many polytheistic religions many gods have dark and evil sides as well as good ones, and those sides are given individual names and personified. These types of beings represent the parts of the natural world that people found it hard to explain - pain, disease, natural disasters, mental instability and other evil and scary things. Because their "good" gods can't have crested these things, there must be other being responsible for them. God forbid that such things are merely the results of impartial natural laws of physics - unthinkable! Because the simple and ignorant people of the past could not fathom the basis of life in chemistry, the basis of natural disasters in geology and physics, and the basis of disease in biology and genetics, the representations of the evil forces in nature seemed to them to be perfectly suited to an intentional agency. So they perceive demons, devils, the jinn, and many others. They all result from ignorance and fear, and they all oppose the supreme creator and what is "good". Through these scapegoats the supreme creator is excused responsibility for creating death, pain and suffering.

“The word jinn probably means covert or darkness. Jinns are the personifications of what is uncanny in nature, or perhaps the hostile and unsubdued aspects of it.”

By trying to separate the "evil" side of the natural world from the "good", these religious beliefs make it very hard to understand the natural world. In reality there is no good and evil, and natural forces are simply impartial, amoral and blind. It is a great boost to the ego to believe that cosmic forces are fighting over you, but reality is much more boring. By creating hosts of demons and devils to represent the evil, and then trying to blot them out, these religionists lose grip of reality. This is why scientists - who study the truth - have very frequently come into battle with religious institutions!” 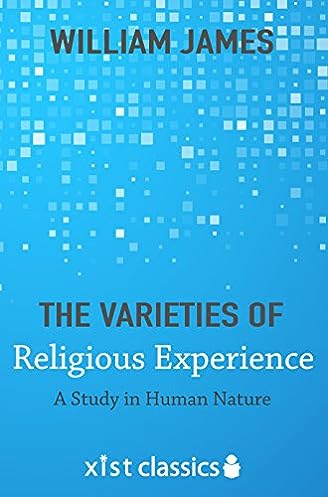 “It may indeed be that no religious reconciliation with the absolute totality of things is possible. [...] Since the evil facts are as genuine parts of nature as the good ones, the philosophic presumption should be that they have some rational significance, and that systematic [feel-good religion], failing as it does to accord to sorrow, pain and death any positive and active attention whatsoever, is formally less complete than systems that try at least to include these elements in their scope. The most complete religions would therefore seem to be those in which the pessimistic elements are best developed.”

This is true that a man who walks in the shadow can see both the dark and the light.”

Brotherhood of the Dark.
In "Contemporary Religious Satanism" by Jesper Aagaard Petersen (2009)6

To worship and concentrate only on the aspects of life that we like - love, apparent altruism, niceness - is to create an imbalance that effects every aspect of both our inner lives and then society itself. If we hide our selfish and ulterior motives to such an extent that we believe they don't exist, we no longer have an honest and realistic approach to our own emotions. Repression breeds moral disaster. Also, social justice requires condemnation, action, violence sometimes, and it seems that as the entire food chain (with us at the top) is steeped in struggle, violence, blood and death it makes little sense to worship only nice symbols, as our very appreciation of what is "nice" results from us sitting calmly atop the food chain. Not a nice system, at all!

Satanism is holistic: philosophically, theologically and psychologically accounting for what we would call "good" and "evil". Satanism allows for the self-development and life-embracing doctrine that is required for healthy-minded and indulgent types, but also of all the religions has the most developed doctrine of despair and evil as part of the universe and natural world. Our doctrines are more sensible, wiser and healthier for the self than any that splits mankind up into metaphysical "good" will versus "evil" will.

Satan is the best and most complete symbol of reality. It embodies intelligence and enlightenment, beauty and love, strength and self-empowerment, happiness, life. But Satan also represents death, despair and darkness and in total to be a Satanist is to accept a balanced philosophy of everything rather than to pretend to be able to strive for goodness sans ulterior motives!